The Future of eBooks? – On The Digital Reader, the Conversation is Growing 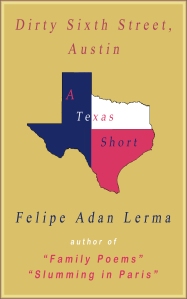 The Future of eBooks? – On The Digital Reader, the Conversation is Growing

“the intent of this blog is to incrementally build a body of thought that works toward integrating various topics, yoga, fitness, and the arts – it’s a process…”

The Future of eBooks? – On The Digital Reader

The Conversation is Growing

Why I’m Uploading 50 Plus Titles to Scribd & Oyster

First Impression re Scribd & Oyster – I Like It!  And Why…

Update: First Impression re Scribd & Oyster – I Like It!  And Why…

Question Mark @ the Intersections of Pre-Orders and Scribd Oyster etc

I was preparing a post, finally giving my preliminary impression of Oyster vs Scribd (coming later next week I hope), and saw this, from The Digital Reader:

The Future of eBooks? Streaming is Now 21% of Music Revenues in the US

Below, is my comment, one of several – and I’d highly recommend the others for the point-of-view and info.

In my comment, I reference a debate on the subject, which I believe, has the potential to be a reference point for where the discussion about subscription services for books is heading.

Meanwhile, the points Digital Reader makes, and the comments on his site, are well worth the short read.  It’ll be interesting to later read what Digital Reader (“I have my ideas, but I want to know what you think”) will also have to say. 🙂

The Future of eBooks? Streaming is Now 21% of Music Revenues in the US

Potentially great debate coming up in June between pro & con folk on both sides of the subject : http://www.digitalbookworld.com/2014/announcing-dbw-debates-ebook-subscription-services/

My own reading on the subject, beginning when I needed to decide whether to join in with Smashwords to distribute to Scribd and Oyster, came up with the idea that book subscriptions, though similar to music streaming, were closer to Netflix’s model.

My personal reading experience, on both platforms, seems to support that idea.

Now, how that will translate to authors, which I am also

is still unknown. As per this date, I’ve received no sales or views or reads data from Smashwords. Scribd does show me the number of views for a title, but it’s unknown if it’s a royalty triggering “view.”

However, my view count alone is significantly higher than I guess my views to be on other platforms, but I can only guess that at this point.

Some folk, like Joe Konrath, whom I respect hugely, feel the book subscription model is unsustainable (as per a comment reply from him to me on one of his posts). And without hard data yet, that’s certainly a possibility. I don’t agree with that, but again, without hard data, hard to say yet.

That’s why I began my comment with the link to June’s debate, sponsored by Digital Book World, narrated by Jeremy Greenfield. Reps (from the pro side) from Scribd and Smashwords will debate “NPR” style vs the CEO of ePubDirect and journalist Jonathan Blum.

I make a big deal of this because, there is so much still unknown and/or unreported, and this seems like a nicely open forum for a real debate, where facts and can be compared and contrasted.

If done right, I think this debate will define, either immediately or in hindsight, the book subscription model for the near future.

For now, I’m all in with both Scribd and Oyster.

And remain in my direct sales outlets.

View this document on Scribd